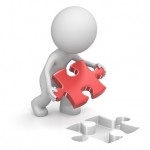 As it is Migraine Awareness Week I thought I would write a blog post on migraines and acupuncture.In my years as an acupuncturist I have treated many migraine sufferers who have benefited from the therapeutic experience of acupuncture and I describe one such case below.

So what is the difference between a migraine and a headache?

A young client came to see me a few months ago. She had recently started having migraines. They were occuring almost constantly and as a result she was unable to work. The medications she had been given by the doctor were making her ill, so she was looking for a safe alternative.

Firstly we looked at triggers for her migraines. It turned out to be certain types of alcohol and also tiredness. She therefore became more aware of what she ate and especially drank. Also she started going to bed at a regular time in order to get 8 hours sleep a night. I not only used specific points which help with migraines but also gave her magnets which she could use on points when she felt a migraine attack was imminent.

After a couple of treatments she reported that the attacks was becoming fewer, lasting less long and the pain was not severe. Four months on she had only had one migraine in the last month and had returned to work part time.

Thank you for all your acupuncture support in getting him here for us – we’re so in love with him. You are a miracle worker.

I had a really lovely pregnancy and am so happy that she is finally here! Thank you so much for your help, support and encouragement during my sessions. You played a key part in this wonderful success story and if we think of trying for another, I know where to come!!

Thank you again for all your support and treatments over the past few months. It really made a difference and we are just so thrilled with our little girl.

Just wanted to tell you how much better I feel after your treatment. About 10 years younger in fact! Mum feels the same and she was quite cynical initially.

Just letting you know that the acupuncture worked and he came out yesterday! I’m really sure the treatment got things moving as it all started happening after the treatment, preparing my body, so thank!

Thank you from the bottom of our hearts for all of your help, support and expertise throughout our ICSI journey – you played such an important role in helping us to get pregnant and eventually having our baby. We will never forget how much you helped us.

Just wanted to thank you again for everything you did last year I really believe that the acupuncture helped balance my hormones and helped with the stress of the situation of trying for a baby.

I was feeling ‘out of balance’ after my fall on the stairs.. The muscles had tensed up in my back to protect the injury – So this was a lovely experience. When a skilled practitioner presses a point in your foot and you feel a small electric shock in your side…. So Bottom line – I’m a convert! It was SO gentle that I was urging her to ‘press harder’ But as enjoyable and relaxing as the session was – it was the buzz that I experienced in the car afterwards that was remarkab…

Thank you so much for all of the support and treatments to reach this point. I really believe it helped. We got there in the end!!

Thank you helping us bring our beautiful baby daughter into the world.