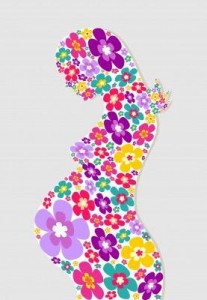 Pre-birth acupuncture refers to a series of treatments in the final weeks of pregnancy to prepare women for childbirth. Now that the Duchess of Cambridge has retired from public life to await the birth of the royal heir, there is much speculation about the type of birthing plan she might follow, but what about her pre-birth treatments.

Acupuncture can be very helpful as a pre-birth treatment. German research has demonstrated that the average duration of labour in a group of women giving birth for the first time was reduced from just over 8 hours in the control group (70 women), to just over 6 1/2 hours in the group of 70 women who had received pre-birth acupuncture. It can be seen as a safe and effective treatment to promote natural labour. It is an ideal way to help women prepare themselves to have the most efficient labour possible.

Debra Betts in her book: Essential Acupuncture for Pregnancy and Childbirth (2006)  says that feedback from midwives suggest that pre-birth acupuncture offers a range of positive effects that go beyond reducing the time spent in labour as midwives also reported a reduced rate of medical intervention.

The Ancient Chinese believed that the environment of a  pregnant women was very important . ” A pregnant woman carries with her the finest piece of jade. She should enjoy all things, look at fine pictures and be attended by handsome servants”*. This may almost have been written for the Duchess of Cambridge! However it is also true of all women preparing for birth. My aim is to promote prebirth treatments, so allowing women access to the benefits of acupuncture as part of their preparation for labour.

Thank you helping us bring our beautiful baby daughter into the world.

Thank you from the bottom of our hearts for all of your help, support and expertise throughout our ICSI journey – you played such an important role in helping us to get pregnant and eventually having our baby. We will never forget how much you helped us.

Thank you for all your help and support during our IVF treatment and throughout my pregnancy.

Went into labour at 4.45 following our appointment at 2pm. Wow!

Thank you for all your acupuncture support in getting him here for us – we’re so in love with him. You are a miracle worker.

Seeing Angela regularly for shiatsu and acupuncture has helped me immensely with the management of my long term health condition. She is a creative and flexible therapist and our sessions have a strong restorative effect, always leaving me feeling better and with a feeling of integration.

Just letting you know that the acupuncture worked and he came out yesterday! I’m really sure the treatment got things moving as it all started happening after the treatment, preparing my body, so thank!

Thank you again for all your support and treatments over the past few months. It really made a difference and we are just so thrilled with our little girl.

I had a really lovely pregnancy and am so happy that she is finally here! Thank you so much for your help, support and encouragement during my sessions. You played a key part in this wonderful success story and if we think of trying for another, I know where to come!!

I couldn’t recommend Worcester Acupuncture highly enough to anyone struggling to conceive or going through stressful IVF procedures. I was put quickly at ease and helped me to prepare mentally and physically for my fertility treatments. I’m sure it was a key factor in the success of my cycle as I felt more relaxed and positive after sessions